Anything that isn't a scenario. Includes improvement patches on existing liveries, new variants of existing trains, and even software related to TS. 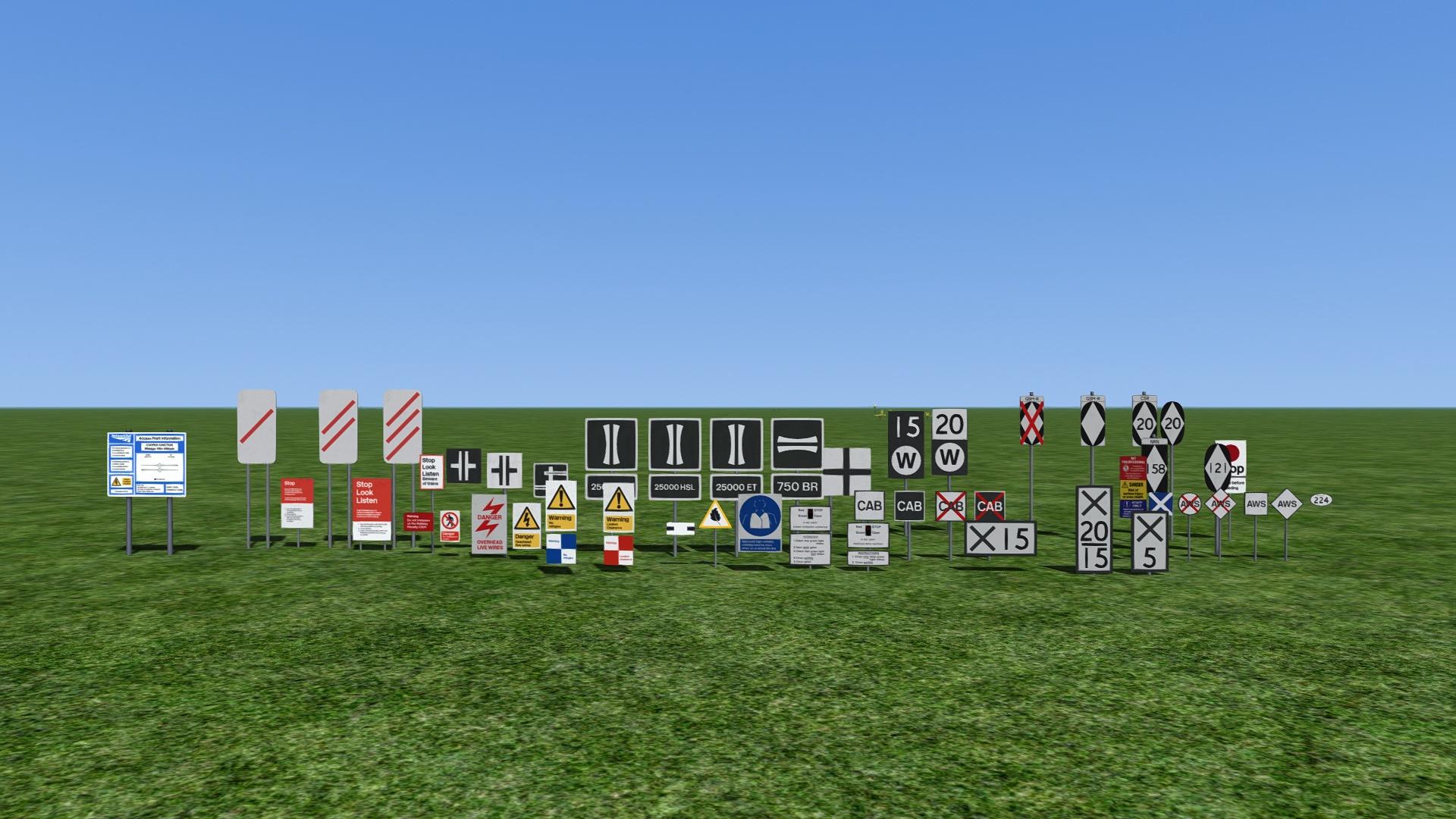 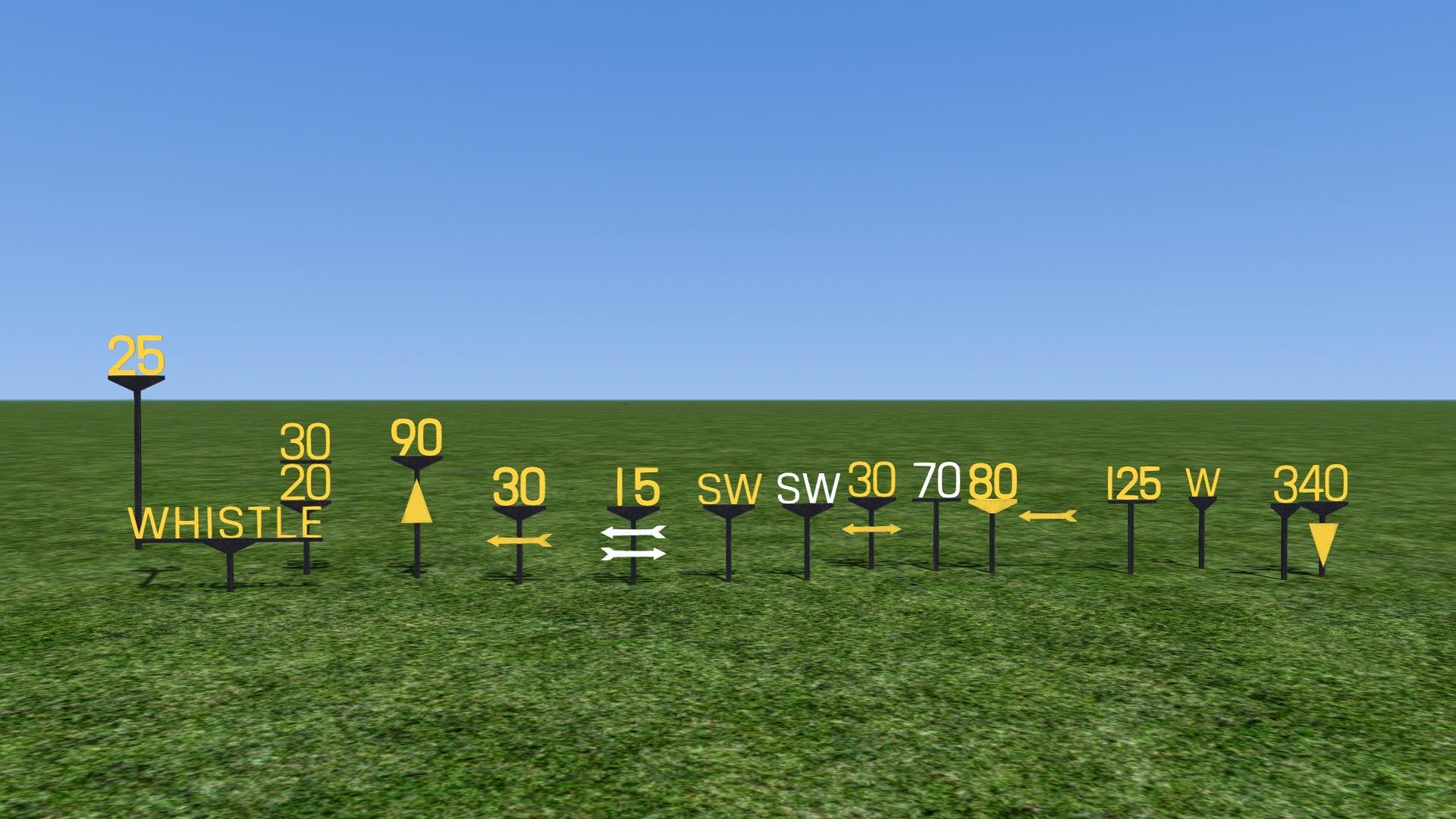 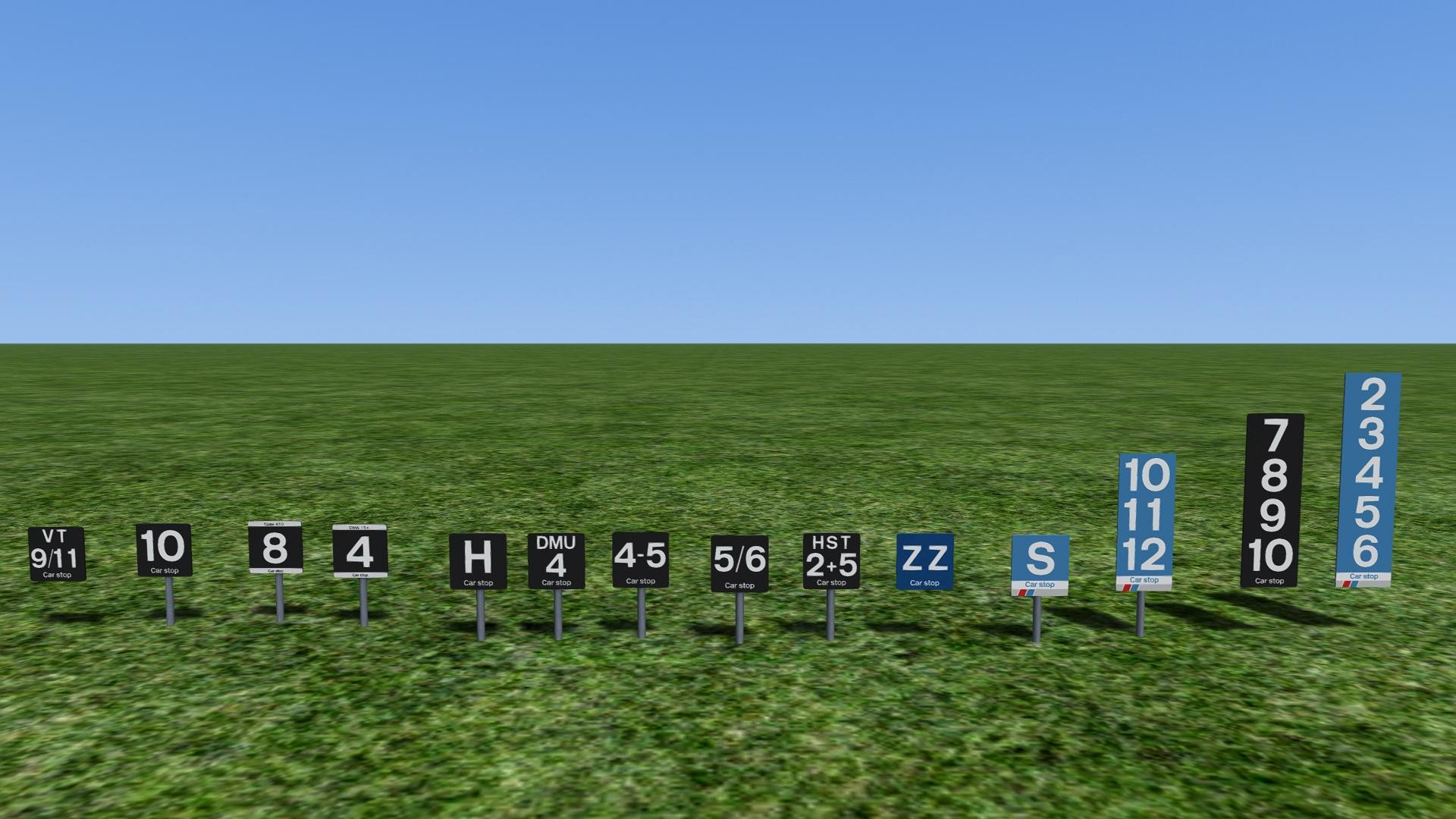 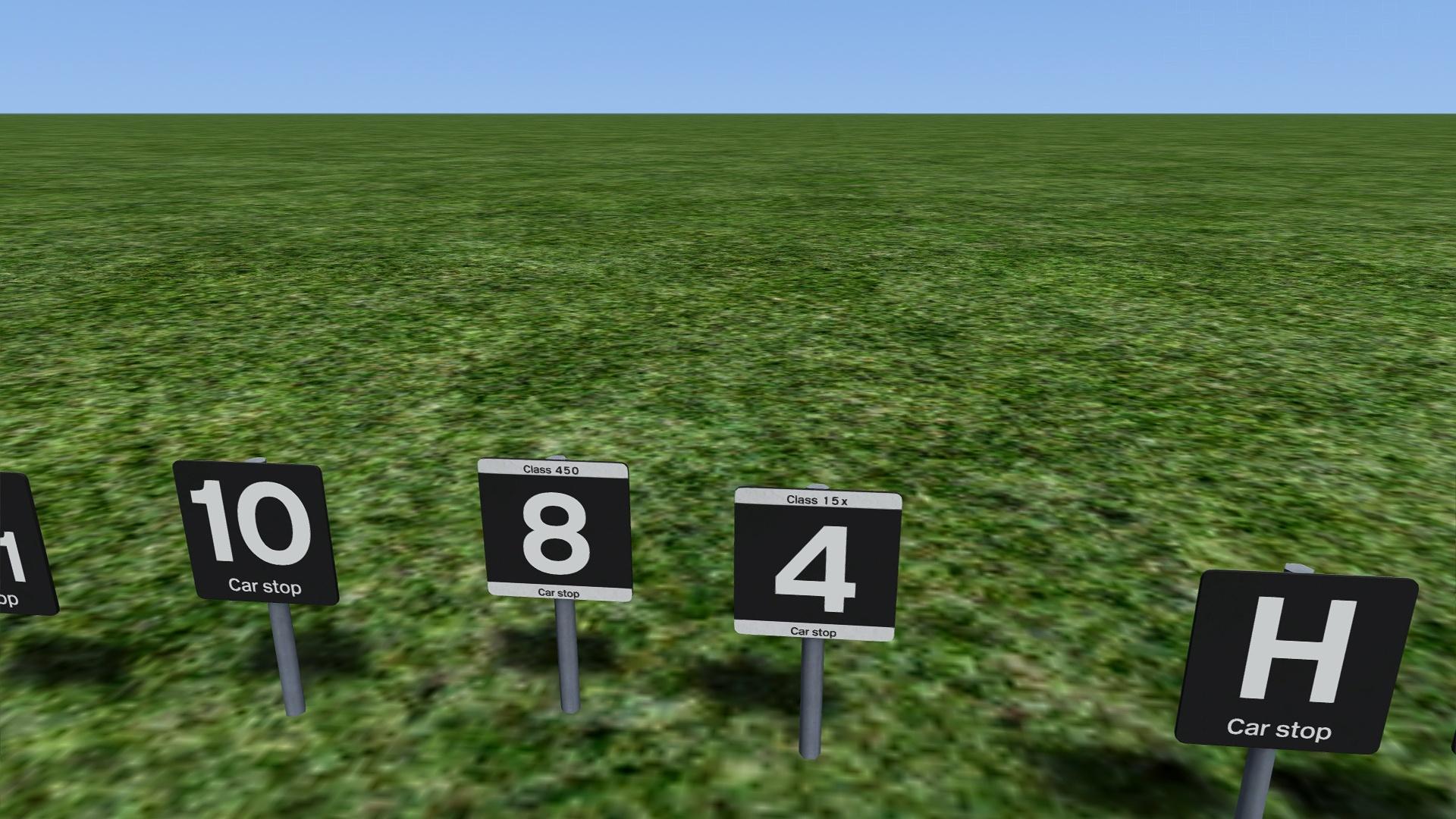 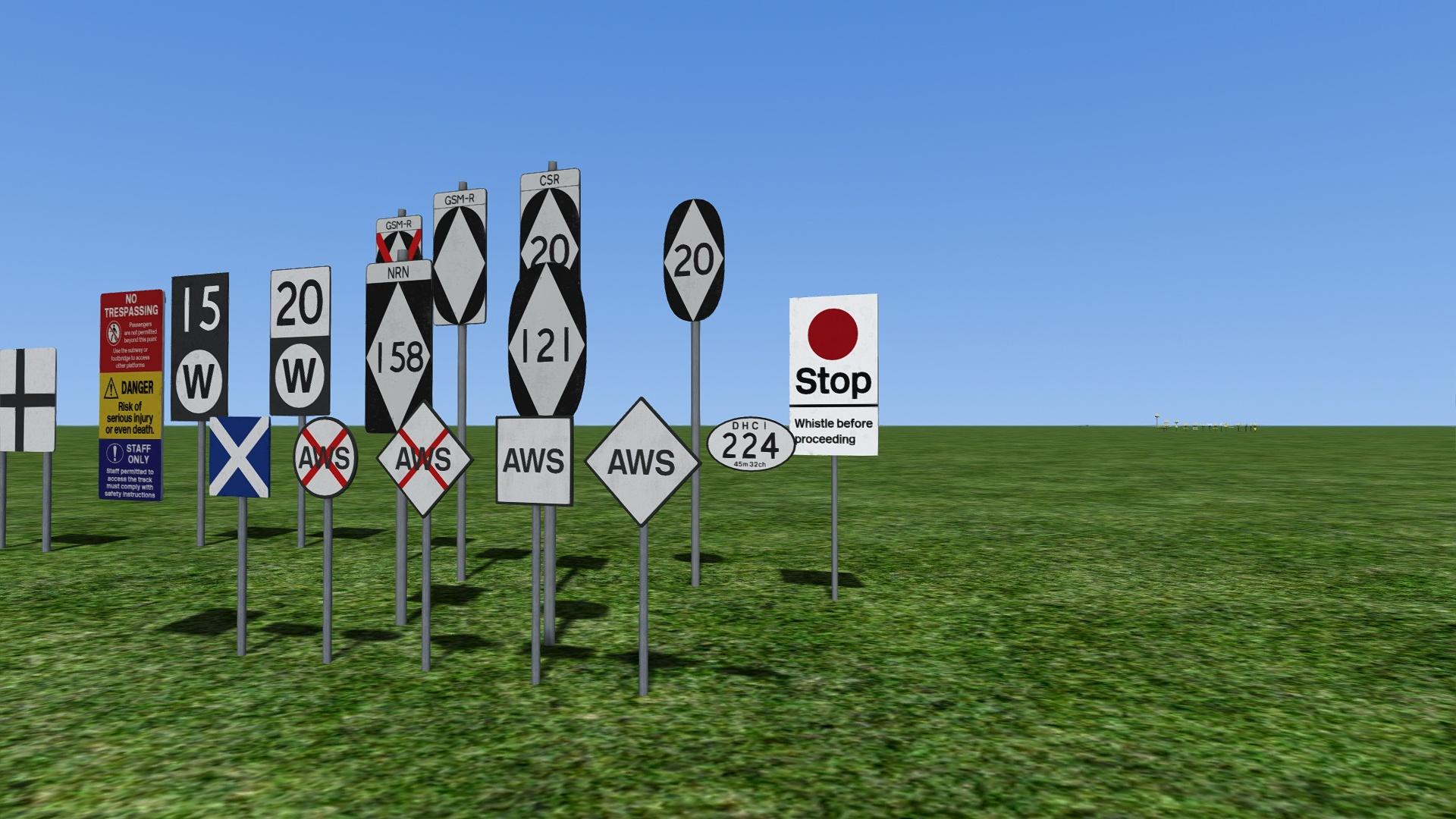 This freeware, comprehensive pack includes much of the signs commonly seen on the railways. With version 2 of the pack now released, this not only includes the many speed signs and their variations initially included, but also more general signage such as (but not limtied to), car stop signage, power changeover signage, GSMR/CSR/NRN/etc. boards, UWC signage, and much more, also including cutout speed boards. All signs have been modelled and textured from scratch with minimal effect on in-game performance.

There are two downloads available - one contains v1 which is only the speed signs in the inital release. The other is v2 which includes that and everything else. See the readme for a comprehensive list of what's included and how to use the sigange in the route editor.

This pack was produced in collaboration with 4 Aspect Simulations

Download for V1 which only includes the speed signage. No support will be given for this. Download 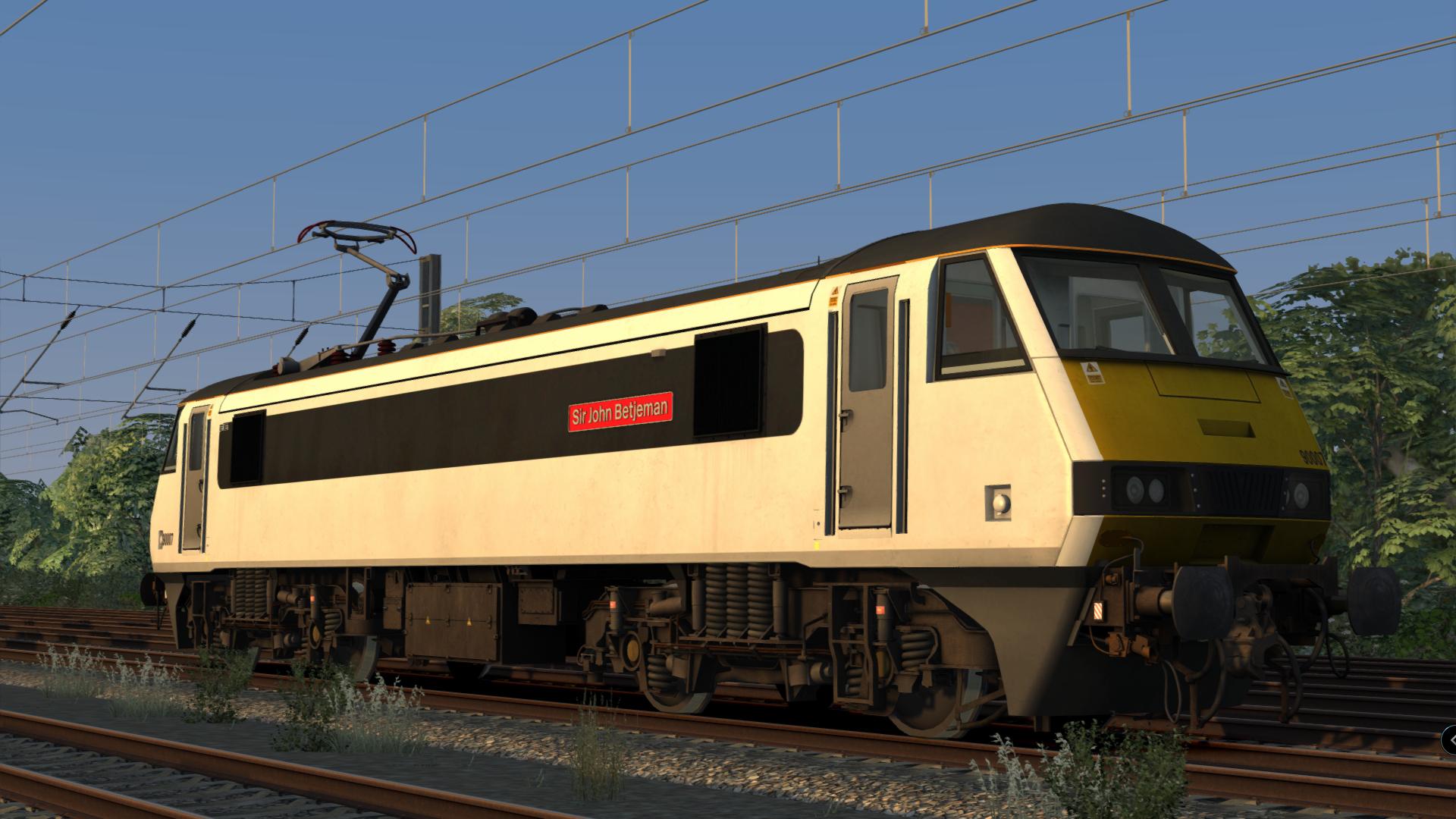 This small patch includes a separate variation of the APW Class 90 which includes the Abellio Greater Anglia livery (as seen in the Wherry Lines extra stock pack) but removes the AGA logo. This is the current appearance of most of the Anglian locomotives after their transfer onto intermodal services with Freightliner.

As a scenario creator, one of the most painful things in existence is the unnecessarily long AP pack consist names, making it very hard to identify the correct consist I need to place in a scenario. This is especially the case in packs such as the Class 170 EP.

This program shortens the names of the quick drive consists of most AP products. It has been designed to be futureproof for future packs so you do not need to redownload this software to support a new release. It should work fine with the majority of reskins that use the same naming convention on a no-support basis.

This is a very simple patch which adds in a missing pre-Privatization variant of the Class 158 from the Armstrong Powerhouse Class 158/159 (Cummins) EP: Regional Railways but with Scottish destinations (the RR variant included only had West of England destinations).

This utility is exactly what it says on the tin. This program will package scenarios for you, with the only user input required being the folder of the scenario and the folder where the scenario will be packaged. This program was created with speed and efficiency in mind - the program can package faster than TS Utilities, and is less tedious than packaging manually.

All instructions are laid out in the provided .exe.

This program may not work on non-Windows systems, i.e. Mac or Linux

This utility is exactly what it says on the tin. This allows you to change the menu background of Train Simulator 2020 to any picture you desire. All instructions/notes laid out in the .exe provided.

This is a complete/full rewrite of a similar program I made one year ago, with many changes to make it more user-friendly, including auto-resizing of images within the program, and simpler navigation.

This program may not work on non-Windows systems, i.e. Mac or Linux

In addition, two reskins which represent 37610/37612 in their current guise (which wear the WIPAC lights), which you can freely download here. (Requires AP Class 37 Vol. 1)

Version 1.1 (20/08/2020) Update: Adds compatibility for Volume 2 of the AP Class 37, with new variants for its DRS 1 and DRS 2 liveries. The Split Headcode Box variant (37025) has been withdrawn as it has been superceded by Vol. 2, but for older scenarios that use it, you can download the legacy (v1.0) version of this pack here (no support will be given for any issues, however)

This patch adds in tail light surrounds for the AP Class 168/170/171 EP, as well as a few extra variants! Everything's detailed in the enclosed manual.